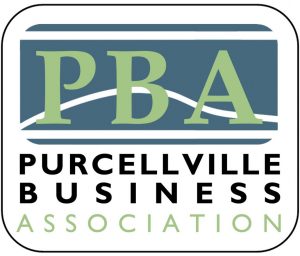 Highlights from the April Meeting

April Spotlight Speaker Jason Sengpiehl was unable to make it, so Purcellville Cannons pitch hit for him. Bill Ruscitella, Director of Marketing & Sales, and Brett Fuller, President, spoke about their upcoming season. They have a need for host families and are looking for companies to provide meals, as well as sponsorships. There will be a Roster Reveal May 22nd at Old 690 Brewing Company. The Cannons Fan Fest is set for June 1st at Fireman’s Field. Did you know that the Purcellville Cannons are the 2nd oldest in the league?

This is the current proposed mapping that is slated to be presented to the Commonwealth of Virginia for approval. The TBD area name proposed is “Little River District” or “Saint Louis District”. The finalized mapping will affect the 2023 elections. Tony also discussed the current and future Capital Improvement Programs. He also spoke to where money will be spent on Purcellville area projects. There will be a lot of local projects to improve walking/bike paths to connect more residents with downtown. Tony encouraged everyone to get involved in the next public comment session on 4/27/2022 for some upcoming zoning changes for Loudoun County.

Next Luncheon is May 10, 2022 and Jason Sengpiehl moved to that slot as the spotlight.

We look forward to seeing everyone again in April!